Because of its rural, depression-era setting including a large extended family living under one roof, I often think of THE OTHER as being like “The Waltons,” if “The Waltons” had a horrifying murder taking place every 20 minutes.

My question for the day: Is THE OTHER the scariest film ever made?

Before I attempt to answer that, first a word of explanation about the choices I’ve made in picking my 31 films for this October challenge I set myself. And then a confession.

As to my choices, I’ve received some intriguing suggestions on Facebook and elsewhere for films to include. Mostly though, I’ve stuck to the list I compiled before October started. 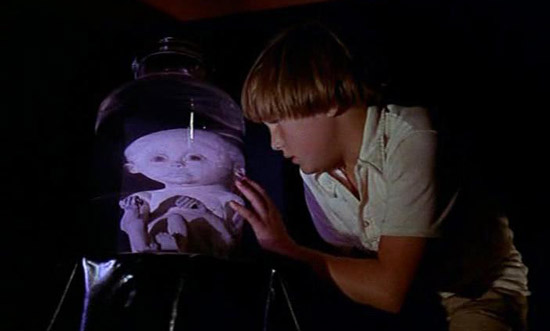 How scary is THE OTHER?

I’ve picked films I believe to be original and/or influential, and that demonstrate a certain degree of artistry. I’ve excluded remakes and sequels, which helps explain, for instance, why BRIDE OF FRANKENSTEIN is absent, and why films produced by Britain’s Hammer studios are entirely missing from the list. The 1950s was a good decade for big bug scares and alien invasions, but not so good for thoughtful horror films, so only one film from that decade appears on my list.

Now here’s the confession:  I’ve included THE OTHER on my list even though I can’t claim it’s entirely original, since I believe its very fine source novel is influenced by PSYCHO and other psychological horror stories of the time. And since it’s a film that’s not widely remembered, it’s hard to call it influential. I think other horror films of the 70s would have rolled out much the same if THE OTHER had never existed.

So why include it? For one thing, it’s beautifully directed by Robert Mulligan, who directed TO KILL A MOCKINGBIRD and brings a similar sense of small-town authenticity to THE OTHER, seen this time through an ominous lens.

The acting work by Chris and Martin Udvarnoky as twin brothers Niles and Holland Perry is remarkable, as is, less surprisingly, the performance by celebrated actress and drama teacher Uta Hagen as the boys’ fiercely loving Russian grandmother, Ada.

Chris Udarnoky as Niles and Uta Hagen as Ada, his grandmother, playing “the game.”

But more than that, and this is purely personal, it’s the film that scared me more than any other. Which brings me back to the first question I raised at the beginning of this discussion.

Is THE OTHER the scariest film ever made? For me, yes, but probably not for you.

I happened to see THE OTHER on television when I was home alone, at about age 10. By that age, I was well versed in fog-bound Gothic horrors of the past. I’d seen Godzilla fight it out with King Kong, Frankenstein’s monster battle the Wolfman. But I had not yet seen PSYCHO or other horrors that explored twisted corners of the human mind.

I sat through THE OTHER and was deeply shaken to the point of almost feeling physically ill. After it was over, I wandered the house in a wretched state, waiting for my parents to get home, avoiding dark corners for fear I would glimpse Torrie’s missing baby hidden in the shadows. (More on that below.) 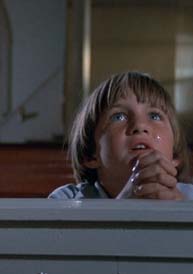 Yes, there’s a baby in THE OTHER, and things don’t end well. THE OTHER goes there, let’s just leave it at that.

As I mentioned, I was used to the cozy Gothic horrors of the films of the 30s and 40s. But like PSYCHO, THE OTHER is a story of human frailty and madness, madness brought on by an insular family environment and an excess of one of the most valued and celebrated human emotions. Love.

Yes, THE OTHER is about loving too much. In particular, if you’re Niles it’s about loving your suspicious, malicious-minded twin brother Holland too much.

Thomas Tryon’s novel was a huge success in the 1970s, a golden age for paperback horrors.

It’s hard to write about THE OTHER without giving away its vital twists and turns. I imagine sophisticated modern horror fans could guess the movie’s big reveal. As a naive kid, the revelation that comes at about the two thirds point hit me like a Mack truck. It was horrible. And yet I wish I could get back to that innocent state in which a well-made horror film could wallop me so effectively.

Like the novel by Thomas Tryon that it follows closely (Tryon also did the screenplay), the story is set in a farmhouse in rural Connecticut during the Great Depression. (Hence the “Waltons” vibe.)

Twins Niles and Holland run freely through the idyllic-seeming countryside, but the sweeter-natured Niles is always at pains to tamp down Holland’s darker impulses.

Holland resents their pampered cousin Russell, who soon jumps into a bale of hay only to be impaled upon a pitchfork someone has hidden there. Holland has no love for the crabby lady next door either, and she ends up dead too, terrorized by someone wielding a dead rat. The twins’ mother becomes too inquisitive about what’s going on, and she takes a ruinous tumble down a flight of steps, leaving her paralyzed, unable to speak.

And while Holland is clearly disturbed, Niles keeps terrible secrets hidden in a cigar tin: a family ring, an heirloom that belonged to the boys’ dead rather (another murder, seen in flashback). And there is something else, something unspeakable wrapped in blue paper that looks like a severed human finger.

And what role is played by the twins’ Russian grandmother, Ada, who teaches Niles “the game,” which allows him to project his feelings into animals and believe things that can’t be real? How responsible is she for the murders that keep taking place? 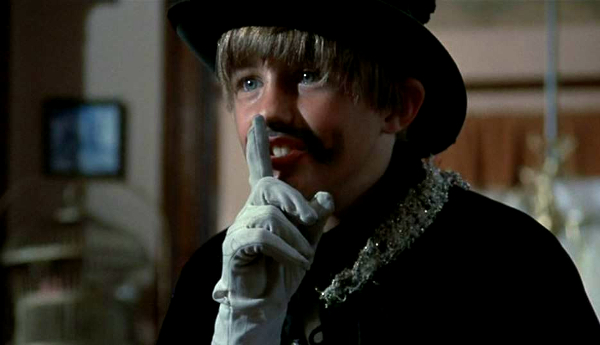 Oh, did I mention that Holland becomes jealous when older sister Torrie (Jenny Sullivan) gives birth to a beautiful healthy girl? Niles loves his baby niece, but Holland … I can say no more, except that the movie’s tag line, “Holland, where is the baby?” still haunts my dreams to this day.

Watch THE OTHER. You won’t be scared the way I was when I was a kid. Now that I know its tricks, I’m not so scared either, and can watch it in a calm and detached way.

But you might enjoy an artfully made film about how an excess of love between two brothers leads to madness, death and ruin for an entire family. 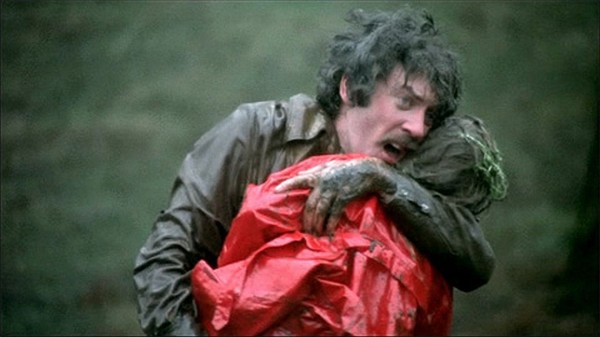