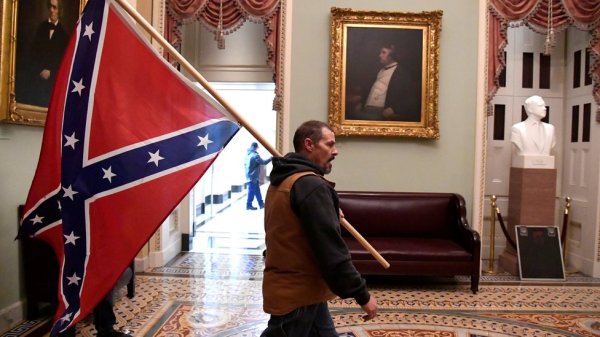 It’s TOO LATE to walk away from the 45th president.

It’s TOO LATE to be outraged, if you haven’t been outraged yet.

It’s TOO LATE, if you stood by him after he …

Proclaimed there were “good people on both sides” at Charlottesville, when one side included white supremacists who had just committed murder

Tried to ban a people based on their religion, in a country founded on principles of religious freedom

Denigrated the service and suffering of John McCain, and by extension all prisoners of war

Turned the attorney general into his own personal mob lawyer

Let’s not even talk about his heartbreaking mismanagement of the COVID-19 crisis.

You can’t walk away now, even though you are outraged that he incited a terrorist attack on our nation’s Capitol building that has resulted in four deaths

It’s too late. If you stood by him after all those other things …

You will ALWAYS be standing alongside him.